Breathing had been difficult for all of us, not just my aunt. Each day her lungs worsened from COPD was a day the family fell more and more out of breath. Alex, her twelve-year-old daughter, suffered the most. “I don’t think I will ever smile again,” she’d said between the walls of a white hospital bathroom.

Alex’s mother died at midnight on the morning of October sixth. The last breath she inhaled was light and quick, two hours prior to my house resonating with a dreadful ring in the middle of the night. Isn’t that always when people die? At the loneliest time of night in the silence and the stillness?

My eyes flickered open at the first ring. Mom was the one who answered; she had been expecting a midnight call that stated her sister had passed. The ceiling was flat and open above me and just plain enough to stare at while I listened for words of confirmation to come from my mom’s room.

No goodbye, no “I’m sorry,” no “How was she?” Just the beep of the call ending. Perhaps Mom had said more, but her first two words floated around me like snowflakes and absorbed into my head. She’s gone.

Alex slept with me that night in my bed. Her eyelids remained motionless and rested; her lips parted ever so slightly. I watched her in her very last moments of peace before chaos. She would wake up only once more in the mindset of having a mother.

Upon hearing the news from my mom at bedside the next morning, Alex simply nodded and smiled. We took a walk up the road, just the two of us in our dark green coats and breezy swirls of hair. I wondered if she could see the beauty in that clean, brittle autumn morning. The leaves fell in golden streaks to the empty road below. Detachment had never looked so mystical. Death had never looked so stunning.

Alex’s youthful glow that engulfed her only yesterday had melted into a shallow presence and a thin face. Her depth of childhood innocence had fled. She was a grown-up now. She just didn’t know it yet. Piercingly loud silence settled in the gap between our tiny bodies while new words kept reappearing in my head: Aren’t you going to cry, Alex? Cry, for God’s sake. Cry. My eyes were so dry they burned for moisture, but our tears never came. We just kept walking and sucking on caramel hard candy, the shiny gold wrappers tumbling out of our pockets and dancing with the leaves in the wind.

It was almost like a root had been ripped out of Alex’s life and left a gaping hole. The void severed between her and me, leaving a splintered line that would prickle at the flesh that tried to move against the grain. Her expression was plain and unresponsive, like a porcelain doll that kids aren’t allowed to play with.

In the days following our golden walk through raining trees, nothing I offered Alex was enough to comfort her. She had separated herself from me completely. I felt like she and I were falling together down the void. I can still sigh at the times I reached to save her.

But she refused me, rejecting my compassion and phone calls. The void was hers. All I could do was watch her fall through it.

Finally, she disappeared from my life, and I could no longer hear her voice or see her face or stretch any farther for her. And she pretended that she couldn’t hear me or the voicemails or the knocks on her door. No matter, though. The void pulled us all down just a little. Everyone is still waiting at the surface for when she reappears. 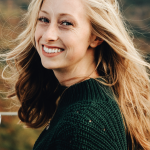