“Come on Butch, it’s been three hours.” Butch slammed his head on the table and several blank papers flew off the wooden table and slowly drifted to the floor.

“I’m sorry, Mr. Windsor. I know Dad is paying you a ton of money or whatever, but I just can’t get it!” Butch takes a crumpled piece of paper off the desk and rolls it out. Math equations were jumbled between drawings of magic wands and fireballs. The lightly erased words of “telekinesis” and “water bending” could still be seen. Mr. Windsor snatches the paper off the desk and looks over it.

“Hey! That’s not finished!” Butch says. To his dismay, the elderly man takes his eyeglasses off and pinches the bridge of his nose in annoyance.

“What IS this nonsense? None of this makes any sense!” He says, slamming the paper on the table. “The Telekinesis Equation is the weight of the object added by the opposite force of gravity multiplied by the area of physical space! And your Elemental Table is all wrong! Water bending goes before fire bending!”

“That’s why I erased water bending!”

“And replaced it with metal bending, which is located at the farthest column and NOT beside fire bending! These are 8th-grade concepts, Butch! This simply won’t do!” With a wave of his finger, the sheets of paper glowed a blue aura and slowly drifted toward the table.

“Let me show you the Telekinesis Equation…AGAIN!” The paper floated directly in front of Butch and Mr. Windsor grabbed a pencil.

Windsor scoffed at the description and pressed his pencil to the paper. Butch turned away, only for Mr. Windsor to yank his head back with his ear. “Do you WANT TO FAIL in your first year of University!? Such behavior is not befitting of the Senator’s nephew!”

Butch grimaced and swatted his hand away. “Leave my uncle out of this! Ugh, I think you left a mark on my ear…,” he whined, holding his ear. A slight drop of blood could be seen, causing Mr. Windsor to jump.

“My word, you’re…bleeding…, N-now now, it’s fine…umm, I-I’ll get some bandages!” said Mr. Windsor, racing out of the massive room and closing the door. As he walked down the stairs, Butch smirked and took a ketchup packet out of his black hair.

“That old man needs new glasses. The coast is clear, Rodney,” he said into the spacious room. Out of nowhere, a figure took off a nearly transparent piece of fabric, revealing a stocky young man. He messed with his brown hair, which was matted from the cloth, and took out several folded pieces of paper from his jean pocket.

“I can’t get over how many pictures of scientists he has on his walls.” Rodney points to the massive centerpiece of an eccentric man with a massive gray beard and crazed eyes looking at a bent spoon. Beside it were several paintings of different researchers casting fireballs, bending water, levitating rocks, among other things. Paintings and portraits covered every inch of the wall.

“I think this is a sorta generational thing. My entire family is obsessed with these guys too. My parents have a room dedicated to the middle guy over there,” said Butch, pointing.

“You mean Peter Landroi? Founder of Telekinesis and Master of Matter? Yeah, he’s kind of a big deal. Speaking of which, here. Jessica spent all night writing these.”

“She could have just sent me a text,” asked Butch.

“That’s correct. This segues perfectly into the history of Telekinesis,” said Rodney, unfolding one of the papers. “According to Jessica, ‘Telekinesis, the practice of maximizing spatial awareness in such a way that your will is exerted on outside objects, was discovered in 2025 by Peter Landroi. This would jumpstart great interest from the public and leaders alike.’ You’re listening, right?” asked Rodney.

“Sorry, I was sleepy from Mr. Windsor’s boring lectures.”

“You know Jessica and I can’t keep on helping you. This worked in middle and high school, but I don’t know if it’ll work now…” Rodney sighed. “Continuing on, ‘In 2035, with the discovery of pyrokinesis, hydrokinesis, and so on, there was a massive push from world leaders to invest into the sciences of all forms of kinesis. 2035 to 2135 are considered The Kinesis Age, notable for a massive focus on the topics mentioned and a lack of focus on other topi—’”.

While he was speaking, Butch snatched the papers out of his hand and yawned with the other. “Ugh, you were starting to sound like Windsor. I’ll just read the notes before he shows up,” said Butch. He skimmed through the crumpled paper, much to Rodney’s annoyance.

“You could try being thankful, y’know?”

“I thought it was implied. Now hurry out before he comes back,” Butch said, shooing Rodney away.

“What the hell, man? We do this for almost six years and we don’t even get a thank you?” Rodney moved toward the massive window and opened it.

“As I said, I thought it was implied. But if I must, thank you for helping me out with this boring as hell class. Happy?” Butch said, rolling his eyes.

Rodney scoffed, grabbed his century-old cloth, and jumped out the window. He landed on Mr. Windsor’s rose garden. The thorns ripped through his shirt and pierced his skin, causing him to wince. He got up and started walking to jump over the gate of the mansion, but stopped when heard a loud voice.

Rodney snickered and continued walking. “For a Senator’s nephew, he’s not that bright.” 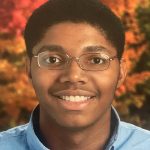