They weren’t egg shells she was walking on, it was glass. She had to repress the pain that came to her throat to avoid being heard. Tip toeing. One foot, then the next. Closing her eyes, holding her breath. Children should be seen, not heard. Those who have anything intelligent to say, are silent, the voice said to her. This was a theme she carried throughout her adulthood. Repressing her voice, keeping it quiet, being seen and not heard. Although she never felt seen either.

As a child, she was raised in a toxic environment. There was lots of yelling, name calling, her father was an alcoholic, her mother an enabler and a codependent. They would get into these brutal fights where plates were smashed, holes were punched in the wall, doors were ripped off the frames. They would scream at each other, “You ignorant bitch! You fucking asshole!” She would hide in her room, or turn the TV up just a little louder. There were a few times where her mom tried to leave her dad, and her dad would plead for her to call her mom and beg her to come home and take him back.

Years later, she sat reflecting on her latest failed relationships and all the hurt that was caused by her ex-boyfriends drinking, lying and cheating. She found herself pulled down that familiar rabbit hole. She felt sorry for herself. Why did she love men that betrayed her? Why did she forgive them? Or better question, why did she stay with them?

She thought of a moth haphazardly and intensely bewitched by a flame. Why did these lethal dynamics feel compelling? The way she let men treat her, who was magnetically drawn to and what she forgot and forgave seemed so uncharacteristic of her. She was alarmed at how unphased she was by emotional abuse. Was this resilience or weakness? Did her parents show her abusive love was true love? That hurt and betrayal was just a part of a relationship?

She was raised by an alcoholic that loved her. She knew he really loved her. But the knowledge of that didn’t soothe the ache that came from the truth. He would always love alcohol more. There were countless times he had promised he would never drink again. He would sit her down, and in between sobs tell her how sorry he was and how much he loved her. And there were a few times where he lasted a few months, but the liquor always won.

She knew her father had a demon digging its venomous talons deep into the meat of his flesh.  A leech that sucked any chance she had of being his priority to him. Her relationships into adulthood reciprocated this same message: you will not be a priority.  Her heart had become calcified. Kindness and authenticity from men would not soften it, although she desperately wanted it to. 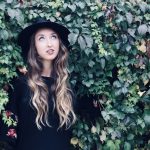