No one ever tells you how easy it is to
summon the Devil.
They also don’t tell you how short the
Devil is in real life.
“You look disappointed,” he says,
standing in the middle of the apartment’s
cluttered living room. Plumes of blue-gray
smoke roll off his suit jacket and drift up
towards the waterlogged ceiling.
“You’ll set off the smoke alarm,” I say.
“Is that why you look so disappointed?”
he asks, sounding genuinely offended.
“Oh, no,” I say quickly. “It’s just I
wasn’t really expecting you to be so, um—”
“Handsome?”
“Sure.”
This is beginning to feel like a blind date
gone horribly wrong. Next he’ll be asking me
if I like football….
What my favorite color is…
If I’ve ever had the clap…
“Why, thank you.” He touches a hand to
his horns. “You’re not so bad looking
yourself.”
His black eyes fix on my ancient bathrobe—
the one with the giant ravioli stain on the front.
Great, now we’re both liars.
If I’d known summoning the Devil
would be this easy I’d have worn proper
clothes.
Embarrassing, that’s what this is.
Then, remembering my manners I ask,
“Would you like some tea? Coffee?”
“Whiskey. If you have it.”
I look at the clock. “It’s ten in the
morning.”
“Ah, so it is. Better make it a double then.
I’ve got a long day ahead of me, you
understand.”
I guess there’s no arguing with the Devil, is there?
Going into the tiny cave of a kitchen, I
open the cupboard over the fridge, grab the
bottle of Famous Grouse, and pour a
generous bit into a tea cup off the draining board.
In the living room, the Devil takes out a packet
of cigarettes and goes to light one with the tip
of his finger.
“I’m really sorry,” I say, like a
concierge at a fancy hotel,
“but this is a No Smoking building.”
I can’t be sure, but I think he mutters,
“What is the world coming to?”
I give him an apologetic smile
and hand him the teacup.
His fingernails are long and beautifully manicured.
I’d be lying if I said I wasn’t a little jealous.
Can’t have nice fingernails ripping apart
packaging all day.
“Won’t you join me?” he asks, taking a sip.
Pinky extended and everything.
“I have work soon.”
“Oh.” He wrinkles his nose. “How revolting.”
I can’t tell if he’s talking about work,
the cheap whiskey blend, or both,
but then he says, “Work’s a bit of a drag, innit?”
It’s a statement, not a question.
“Well, that’s sort of why I summoned you. Actually.”
He cocks an eyebrow. “Oh?”
“I’d like to be a great writer.
A famous writer. So I can quit my crummy retail job.”
“A writer?”
There it is again. That nose wrinkle. “Yes, a writer.”
“Wouldn’t you rather do something
more interesting instead? Like, say…”
“Like what?”
“Like nothing. There’s a lot that can be said
about doing nothing. Takes a special sort of person,
really, to do nothing.” His hooves click-clack over
the crap laminate flooring as he moves to take
a closer look at the bookshelf in the corner.
Seeing Great Aunt Bonnie’s Bible, he makes a face.
“I’d rather be a writer,” I say. “So do I sell you my soul now or what?”
“Oh, no, I’ve got enough of those at home already,”
he says sort of pleasantly. Well, crap.
“What’s this?” He points a long, elegant finger at Bear,
my boyfriend’s cat, who has decided for some reason
that this is the opportune time to waddle
into the living room and beg for his morning’s
second gorging.
“That’s my boyfriend’s cat.”
To say the Devil looks fascinated would
be a hell of an understatement – no pun intended.
“I’ve never seen such a monstrosity.”
“He’s just big boned.”
Now I sound like my boyfriend.
“Tell you what, young lady,” the Devil says,
twirling his tail in his hand. I wonder if he
puts the hole in his trousers himself
or if he gets someone else to do it for him.
“Tell you what. You give me this guy
and I’ll make you a great painter. Deal?”
“You mean a great writer.”
“That’s what I said.”
“Are you sure you wouldn’t rather have my soul instead?”
“No, I quite like this little fella.”
I can’t say I’ve ever heard anyone use
the word ‘little’ when referring to Bear before.
The Devil crouches low and extends a hand
out to Bear. Bear hisses and bats a paw at it. The Devil smiles.
“No,” I say. “I can’t. My boyfriend
would be furious.”
“I suppose that puts us in a bit of a pickle, doesn’t it?”
“I suppose it does, yes.”
And then, because I remember I have to
be at work in an hour, I say, “Look, are you sure
you don’t want my soul? It’s a very nice soul.
Ask anyone. Some might even say it’s Top
Notch, my soul.”
“Top Notch, you say?”
I nod furiously.
I really, really don’t want to go into work.
The Devil sighs.
“Alright, alright. Fine. D’you have a pen
around somewhere?” 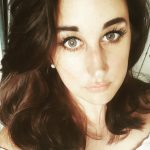