Commander Zandro Ayen sat in his throne room and observed the extraordinarily young man who stood before him. The young man wore the insignia of the Kalaoan Secret Police, and the uniform of a Captain. From his belt hung his surest weapon, a sword that was used for more than ornamental purposes. His dark brown hair was slightly dishevelled, but in an attractively fashionable way. The Captain’s face was handsome, cheekbones prominent, jaw angular, and his greenish-grey eyes deep pits of incomprehensible intelligence. His intelligence is what unnerved Commander Ayen the most. That, and the fact that his loyalties were impossible to discern.

“So, Captain Palarian…” the Commander purred, calculatingly, “you perceive that the people are restless and that the rebellion is growing at an alarming rate?”

At first, Taron Palarian did not reply. For, every word that proceeded from his mouth was purposeful and measured so that they were used to their full potential. “The rebellion has grown and must be infiltrated and put down. Their insubordination will not last long, my Beloved Commander,” he replied to the dictator. His voice was quiet, lacking any trace of emotion. Taron’s father had taught him well, too well. Behind his eyes were locked doors. No one knew what Taron thought. No one knew if he even felt.

“And would you infiltrate this rebellion for me and destroy it?” his Commander asked, knowing what the answer would be.

“My Beloved Commander, I have done so once before and, at your command, I shall do it again.” Taron’s voice was flat. The murdering of many civilians at the age of sixteen had had no effect upon him. Betrayal was something that he could do without a second thought. That was what made him the terror of Kalao. Not only was he the Chief of the Kalaoan Secret Police, but he was also a Captain in the Kalaoan Army. He was feared for his ruthlessness, his inhuman detachment from emotion, and for being an inexplicable variable.

“Your wish is my command,” Taron concluded without the slightest hint of humility, regret, or even patriotism. His words were spoken mechanically.

“I am, indeed, pleased to hear that. I hope you will be willing to accompany me to the Council Hall and reveal any insights and agendas that you may have concerning the rebellion?”

“It would be an honour, my Beloved Commander,” Taron said, inclining his head slightly. His eyes were still hollow, and his face did not glow with pleasure at being chosen for such an important role. In fact, nothing had changed. He was as responsive as a brick wall.

“Good, shall we?” Commander Ayen asked, gesturing to the door from his imposing throne.

“If it is your wish,” Taron replied, blandly.

The two men left the throne room and travelled through the palace’s rich interior until they came upon the Council Hall. The Council Hall was located in the attic of a large domed building. Inside it was covered in gold filigree and frescoes. The floor was made of marble and the walls were lined by statues of the former rulers of Kalao. The Dome of Statues—as it was called—had existed for many centuries, housing images of all of the rulers since its completion. Less than a century before, commoners used to be able to enter and admire the magnificent architecture, but ever since Commander Ayen’s father ascended the throne, the Dome of Statues had been cut off from the people and left only to the Beloved Commander and his closest associates to enjoy. The Council Hall, however, was located in the vaults above. To all unimportant citizens, the knowledge of such a room was unknown. And for those who did know of its existence, they could never find the location.

Together, Commander Ayen and Captain Palarian made their way through concealed passages until—after travelling a narrow spiral staircase—they came upon a small room where six men were already seated. Most of the men were fifty years old or more and all had helped Commander Ayen significantly in one way or another. As they entered the room, all of the men stood up and inclined their heads toward Commander Ayen in respect. Commander Ayen acknowledged them and seated himself, offering Taron the seat to his right. The gesture was not lost on them. Taron seated himself, earning the jealousy of all.

“I have gathered you all to determine what steps we should take toward making the rebellion disappear,” said Commander Ayen.

At first, the men made no response. They were all wise beyond their years, and they knew that such a heavy topic demanded a well thought out answer. After one minute of silence General Palarian—Taron’s uncle—spoke.

“The drive behind the rebellion is the taxes and the punishments for their crimes. Evidently, we cannot reduce the taxes, for we have enough trouble supporting our army as it is. And we cannot lessen the consequences for breaking the law, otherwise crime would run rampant. Therefore, my only suggestion is to do what we did last time. Wait for them to rebel and then slaughter all insurgents.”

There was a general nod of agreement from his listeners. Taron provided no affirmation.

“As pleasant as that sounds, General Palarian, never try the same trick twice. I brought Captain Palarian with me, for I believe that he is able to shed more light on this than any of you,” Commander Ayen said. His eyes were intelligent, and he seemed to always know where the discussion would lead.

“I must agree with our Beloved Commander on this matter,” said Taron, neither pridefully nor humbly. “All of you view the people as a problem, when you should view them as potential assets. We have mines and quarries that are rich with resources, yet they are unworked. Let us give the people jobs and pay them a fair pittance. At first it may cost us, but the more we pay them, the more taxes we receive, and the more they work the more materials we get. Then we can trade with our neighbours and the richer our economy will become. This way fewer people will join the rebellion and by the end of it we will only have to deal with the fanatics.”

At first there was no response from those in the Council Hall. But after a long pause, Advisor Kalyan broke the silence.

“This is indeed a wise solution, yet there is one unavoidable problem. Where will we get the money to pay the people?” Advisor Kalyan asked, grasping.

Taron was undaunted by Advisor Kalyan’s attempt to undermine him. “The solution to this problem is simple. Our Beloved Commander holds in reserve a fortune for national emergencies. And though you may not consider this issue an emergency, in a decade or less it will be. It is better to nip this potential catastrophe in the bud than to wait for it to fester into a raging inferno.”

Commander Ayen watched this exchange and exulted in the result. The real reason he had had Taron reveal this solution in front of them in his usual unforgiving and emotionless manner was to increase the contempt that the others already felt toward Taron. Taron, as an inexplicable variable, was a dangerous asset. Yet, the more hated he was by his peers, the more willing they would be to betray him, which would—naturally—end with his immediate execution. Commander Ayen was wise enough to create an environment where envy was a natural response, therefore ensuring that he would know as soon as someone wavered in their allegiance. Even though they did not know it, each man was a spy for Commander Ayen. Unbeknownst to Commander Ayen, Taron was aware of this logic. Unlike any normal person, this knowledge did not scare him or cause him to become more cautious. He accepted the challenge and almost admired the result of his words.

“You are correct, Captain Palarian. Your wisdom is unrivalled,” Commander Ayen added, nursing his confidants’ jealousy. “I believe that this course of action will have the greatest benefit. Though, as I voiced earlier, I will still need someone on the inside. And that someone will be you, Captain Palarian.”

“Of course, my Beloved Commander. When do you wish for me to begin?” Taron replied.

“As soon as you can create an identity and a way to enter the rebellion.”

“Of course, I will be a spy in the rebellion within a week,” Taron said, in a tone that expressed no interest. 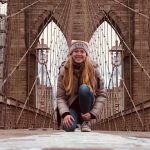