The atmosphere is so clear because today, atoms stand still. No vibrations or space to feel, just sick and treacherous tranquillity. Blobs drip from the eyes of men and commodities that were once exalted quiver with depreciation. Squeals are tossed to and throw, women bleed from their necks down, boils plague the groins of men and curdled milk is squeezed from cattle udders. Now the only radiation is anxiety which alternates with a wicked warmth that presses itself against the periphery.

Of all things, the ancestors choose to enquire,

“When will you be happy again Sapphire?”

Hugging her, he whispers, “I love you Sapphy, but you make me do things I regret.” His embrace feels more like suffocation and the centre of aggression is directed towards her necklace, as he presses against the sapphire pendant’s periphery.

“I’m going out now; I’ll be back by 12am,” Ruben mentions as he pecks her forehead.

“You always…” His slicing glare silences her.

He’d actually be home by 5am, which leaves her sufficient time to assess her spiritual state.

The mattress squeals as she sits and her eyes close. Exhaling, she clutches her necklace which accommodates the beautiful gem where the souls of her ancestors reside. Usually, she visits in her sleep but it’s been torn to pieces. Lush green grass that once waltzed in the wind has been sucked dry to a lifeless yellow. She was ashamed since she couldn’t provide the one thing her people required – the sunlight of happiness. She deemed herself now to be almost a vessel of destruction.

Behind her shut lids, danced the joyful memories of old. If nostalgia was a sickness, she’d happily die from it because there was once a time when joy was as naturally occurring as respiration, and she partied by night whilst pursuing an art career by day. Her identity as being one of the two Gemmites in the world was concealed, until she met the other Gemmite – who poisoned her with infatuation.

Then, it had seemed that life was more than today’s and tomorrows but Sapphire’s life now consisted of agonising minutes and seconds. This was reflected in her stone – it was no longer a home. Everything was dying.

“Sapphy, were you crying?”

Ruben perches beside his girlfriend. Mascara smears the bags under her eyes so she looks severely bruised and her cheeks blush. An ancient tear finally absconds from her cheek, staining the ruby on his pinkie ring and causing it to flicker.

Sapphire is moving nearer and nearer to the voice that is calling. It has been a year since she last visited her people so the contrast between now and before was absolutely horrific! Swallowing her vomit, she steps over and treads across seas of corpses and decaying flowers. Her palm covers her mouth in awe. She feels hopeless… even though her people’s redemption can be solved by a simple alteration of mindset.

“Empress Sapphire!” an old croaky voice hails, “We have long awaited you. What happened to your spirit?” At first, she is startled by the voice, then slightly discombobulated by the question.

“My spirit remains the same, it’s more about what happened to my mind.” She hangs her head in surrender.

“Look up!” yells the voice, suddenly potently ferocious. “Look around you!”

The old man giggles sarcastically until THUMP! A dead pigeon catapults from above, causing her to jump. His wrinkly hands stroke her cheek, and his mellow voice says, “Your happiness is being sucked out to feed a different world! Gain it back.”

A huge tree crashes downwards. The birds wail. The ocean folds. An earthquake!

“Hey!” She scratches off Ruben’s hand. “Why are you touching my necklace?”

“Relax, I was just fiddling with it.” He lets go of the pendant and retreats.

“No, no,” she whispers to herself, sitting up in bed. Was she just overreacting again?

“See, this is what I mean! I try to show you affection in the smallest ways, but you’re so paranoid.”

“Paranoid? I was just being protective.”

“Over a necklace?” His cackles illuminate the room. Her woes overflow.

“You know what’s in there Ruben…”

His ring glimmers as he raised up his fist – she shifts backwards and her breaths get louder.

“I wasn’t going to punch you; I was just showing you that I can relate. I’ve got a world in here too you know, but I still let you hold my hand.”

Sapphire crawls off the bed, cheeks tinted and eyes laminated with tears. “You were trying to destroy my Sapphire.” She saunters towards him like a glaring zombie.

“See, you’re being irrational again.” He reaches out to wipe her eyes. “Go back to sleep.” The second his finger smudges against her tears, the ruby glistens – fertilised by her sorrow.

Sapphire sees the most opulent horizon she has ever witnessed, with the sun radiating concentrated orange rays. The warmth absorbs into her heart, as she clenches the hammer and waddles indifferently towards her lover: her enemy.

“Aghhhhh!” Ruben’s agony overlaps harmoniously with the crunch of his fingers as ruby coloured blood gallants onto the sheets. He wriggles like a dying worm in that bed, but only one thing is in Sapphire’s head. His world. Her excited eyes scan the scene, and to her contentment, his ruby has been shattered.

She feels it: the compensation of all he had taken restored in less than a second. Today will be a good day, and every day hence forth. Life will continue like it was supposed to – purposefully. Above all, she will continue providing for her people.

Music blasts through the palm trees and huge coconuts plop, rolling into the hands of dancing people. Women wear the most flamboyant fabrics and men laugh and converse. Everywhere is finally filled with elation. A surplus of celebrations. 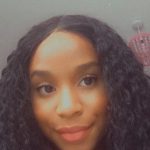 Anita Ukaenwe is a 16-year-old, British writer, establishing her brand. She aspires to write pieces that feel like ‘friends’ to her readers. Follow her on Instagram, @_anitauk!

Awesome website, looks very nice. Finally found what Ive been looking for, thanks!