The Montgomery Bus Boycott is one of the most memorable events in civil rights history. We often hear Martin Luther King Jr’s or even a third person perspective of the boycott. Coretta Scott King’s second person perspective gives all the emotions and ups and downs that went into the protest.

At the very beginning, she goes into very specific details about how black people were treated when it came to riding the bus. She uses words such as “degrading” or animals as reference points, such as when she said that white bus drivers called black passengers “black cows, or black apes.” It really makes you imagine what they had to go through, and makes you feel bad for them. When Claudette Colvin, a fifteen-year-old girl decided not to give up her seat to a white person, she was arrested. Coretta Scott King alludes to the fact that there was a struggle because of words like “handcuffed and carted off to the police station”, using pathos extremely effectively. She also might have used those words because arresting a high school girl like that, seemed inappropriate to the black community at the time. They did alert a committee responsible for the city and bus-company officials, but nothing happened. “The fuel that finally made that slow-burning fire blaze up” was when Ms. Rosa Parks was arrested for refusing to stand up for a white man. The words that King chose here give some type of effect to the reader to show that these people were ready to lash out, but they all knew they could not do that without a plan.

The word spread quickly about what happened to Ms. Parks caused “spontaneous combustion”, as if the abuse black people have endured wasn’t leading up to this. Her mention of Pullman porter E.D. Nixon and The Women’s Political Council gives an example of ethos. This is not going to be a “phase”. This is not going to be one little thing. This is going something huge, a start to change the way things are done, a revolution. “We have taken this type of thing too long. I feel the time has come to boycott the buses. It’s the only way to make the white folks see that we will not take this sort of thing any longer.” When E.D Nixon said this, it was a good use of diction and strong pathos. Including this in the article has some type of call-to-action in it. Usually that part comes at the end, but in this instance it is used better as foreshadowing, since there is no action to call for just yet.

When the black community decided to meet at Dexter Avenue Church to discuss their next move, King mentioned that her husband was surprised to see that people “representing every segment of Negro life”. The statements are excellent forms of ethos because the idea that “doctors, lawyers, businessmen, federal government employees, union leaders, and a great many ministers” were all in attendance gives an impression of how serious the whole thing was. It also supports the quote from Martin Luther King. “Religion deals with both heaven and earth. . . . Any religion that professes to be concerned with the souls of men and is not concerned with the slums that doom them, the economic conditions that strangle them, and the social conditions that cripple them, is a dry-as-dust religion.” This seems that it could fit under all three rhetorical devices. It shows that black people aren’t devising a whole boycott for the fun of it. This is where the pathos comes in, that recurring seriousness; and with that comes in the logos. If the reader were in an unfair situation, most people would probably revolt against it in some way. In the end, it was unanimously decided that there was going to be a boycott, though they differed on details.

As they planned the boycott, now to the knowledge of the white community, rumors started to circle. “Long articles about the proposed boycott accused the NAACP of planting Mrs. Parks on the bus— she had been a volunteer secretary for the Montgomery chapter— and likened the boycott to the tactics of the White Citizens Councils”. Remember that second person perspective? This section of the article by Coretta Scott King is a perfect example of the pictures, videos, and books telling us how confident and outspoken Dr. King was. However, his wife gave us a look behind-the-scenes. Another great use of pathos because it makes Martin Luther King seem more human. His confidence wavered when confronted with the article, even causing him to question whether this protest was the right thing to do. They even realized how much damage would be possible if they played their cards right. Nevertheless, Coretta Scott King reassured him that “our concern was not to put the bus company out of business, but to put justice in business.” Essentially, they were playing the role of Henry Thoreau’s quote. “We can no longer lend our cooperation to an evil system.” The protest was now being referred to as an “uncooperation”.

Once the protest was in action, the tone of the text shifts from this gritty, angered feeling to a determined feeling. It shows the most at the quote, “there is nothing more majestic than the determined courage of individuals willing to suffer and sacrifice for their freedom and dignity.” I think the main reason King put it there is because E.D Nixon said now that phase one was complete, were they going to continue about it as fearless men or scared little boys.” This is yet another great example of using all three: ethos, pathos, and logos. It shows the credibility of their intentions, gives the reader a sense of that credibility in the moment, and shows the logistics of the moment. 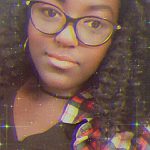 Camille Duncan loves to write and has been since she was eight. She incorporates much of her writing into her music.