Crowds filled my vision as I entered the elegant vestibule.

How much more I could admire until I was overwhelmed with the opulence sailing in the air like yachts in nautical traffic? I felt totally misplaced amongst all these rich people. Especially when I seemed to be the only wallflower in the room, hugging the wall as if my life depended on it.

And with this covert mission, it probably did. But if I completed this mission, leaving it in the file cabinet as a success, I’d finally become a part of the CIA.

Hell to the yeah!

All I’ve wanted ever since he left me…

Suddenly, graciously returning me to reality, flashing lights bombarded my vision as they illuminated all attendees below a crystal chandelier. Radiance outlined every inch of their expensive and glamorous attire as if they were gods and goddesses.

Unlike how I would react, everyone acted like the light didn’t interrupt their conversations. Conversations I would, you know, eavesdrop on if my self-esteem didn’t prevent me. Plus, I couldn’t get a signal to hear anything, I could just tell they were shoving and all that told me was that rich people were really in a run for their money. There was an impossibly thick length of gossipy women and proud men. Despite it all, even in everyone’s glory, a single individual caught my attention.

I mean, he was pretty hot.

Gorgeous, tousled hair ran down his broad shoulders like the blackest ink, flawlessly emphasizing his impressive height and his white vest of mystery. Yeah, yeah, I was on a mission. I should probably pay attention to details of the mission instead of some random, gorgeous guy. But I might as well enjoy the view, right?

This guy, his whole being, felt…familiar.

My breath caught on who he could be.

Who he couldn’t be.

His height, too similar to contradict.

His face, too chiseled to differ.

In the end, I must have been mistaken.

As much as I wished it were him, it was stupid to consider it. Ridiculous. Yet, there was something that made Mr. Gorgeous seem magical. Wow, K.C., how corny.

I tried to reprimand myself because I knew he was long gone. Probably stealing some other girl’s heart. But my speeding and thrashing heart knew the truth; it knew I was lying to myself. That, behind all those lies, I wanted him beside me.

Desire the warmth he gave to my soul.

Beyond the distance in front of me, I felt a gravitational pull from where he stood, bringing me closer to our long, yet close, distance. We were in the same room, along with the same people, wearing the same clothes, and the same accessories. Nothing should have looked, much less felt, different. Despite it all, when I peered at the ground, I saw miles splitting us apart, leisurely diverting, like a luxurious earthquake of marble flooring.

Abruptly, my heart beat against my chest, hammering my bones as if it was a maniac and unabashedly forcing me to confront the mysterious influence.

I stilled. It was so surreal, tasting his lingering scent that I could never forget. Laced within the air of sweet honey, there was an aroma of longing. Ultimately, it seemed like it was all a hopeless—naïve—dream. But who was in front of me, they were real. Real as the tears penetrating bridges. Bridges that have guarded how I felt about the person in front of me since he left me. With nothing but longing for his return.

I should have hated him.

I should have walked away right then.

But I had never forgotten him; I’d waited too long to see him again.

In the center of the black eye sockets of his mask, around each of his eyes, brown irises gazed at me with intent and familiarity. His acknowledgment tortures me with the truth of his identity. No answer was given to the question I’ve been struggling to guess ever since I left him before he blew my cover.

From how his Spanish lips tremble to move, his tongue abnormally reluctant to roll his r’s as he weaves the letters of the endearment I swore to hate, I knew the answer right away. 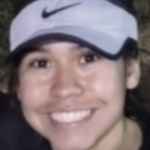 Born from Humble, TX and raised in Huffman, Celeste Molina despised literature until she read the revolutionary story, ‘Red River’ by Chie Shinohara. Now, she mourns the fact she cannot ever be the wife of a pharaoh since pharaonic rule was abolished after WWII. But she is thankful she did not live in a Draconian world the misogynistic Hammurabi would have loved.