The man didn’t stop playing the piano as he entered. It was as though he couldn’t hear him. The music from the keys drifted up, in and out, filling the room with a radiance that Henry felt it bounce against the walls.

Sombre, deep, fast and then slow, changing chords in such a flurry of movement, Henry doubted that the song could ever be replicated by any other than the man playing it himself.

Dmitri Ivanov. The famous and most celebrated pianist of modern time.

Except he wasn’t a man.

Henry Solomon Crow’s eyes were drawn then to the man lying at the grand piano’s feet, his body folded backwards over a chair. His lower jaw hung wide open, almost cartoonish in its monstrous impossibility. Henry counted seven silver fillings in the man’s open maw. Such outdated dentistry.

It was a pity there were seven fillings and not eight or six, Henry thought. Symmetry was always pleasing in some way. But he supposed it didn’t matter.

It was a little off centre, the violin bow that had been shoved down the man’s throat.

Henry forced himself to see all of these details. Process them. Absorb them. He used these moments as they sank into his memory to breathe deeply, steadying his heart and pulse rate.

Corpses were the same as branches fallen from a tree.

“I see you, Crow,” Dmitri said, his eyes fully closed as he gave his body to the music. His spine hunched over the keys in a feline arch before he abruptly straightened again, his shimmering white hands stretching and fluttering gracefully. Black and white ivory sighed beneath the tips of his fingers, playing whatever it was that pounded within that pale, thin chest. He had rolled his blood-splattered shirt to his elbows, a ring on a gold chain around his neck.

As though feeling his gaze on it, Dmitri’s eyes snapped open, pure bright and winter ice blue staring at him.

Henry raised an eyebrow at the corpse. “Why is there a dead man in your lounge?”

“Is he dead?” Dmitri asked in interest. “I could have sworn he was alive a moment ago.”

“He came to complain about the noise,” a snarl rippled on Dmitri’s creamy white skin, his hands pausing over the piano, but never quite leaving the ivory. “The noise.” He looked up through long strands of pearlescent white hair that reached his waist. “These are the people that come to London, to the traffic, to the screeching of new buildings being dragged to the skies, to drunkards patrolling the streets and planes constantly flying overhead- and they complain about my playing? Dmitri Ivanov? And call it noise? These entitled, talentless sacks of shit and blood. That’s all they are, Solomon. And they call us the soulless ones.”

“Have I? It feels like a decision that’s been made since…” He fell silent.

But Henry knew what he meant to say. Since his wife Elaina had died. His human wife. What a surprise it had been for the infamous Highblood Dmitri Ivanov to fall in love with a human- a violinist from a supporting orchestra from one of his shows.

But humans were frail. And faulty.

And sometimes there was no way to fix some ills.

Henry paced further into the room and sighed at the sight of the dinner table. Four more bodies were slumped over their dinners, various pieces of cutlery poking out of the back of their heads.

“And what did they do?” he drawled.

“They were complaining about the Parting Glass,” Dmitri said, his fingers beginning to tap out the tune on the piano lovingly. “And it was her favourite song.”

“I thought you said you were ready to die?”

“I am ready to die, Crow,” Dmitri sneered. “But I am curious… I’ve heard a lot about you. About your… mixed blood.” A nasty smile sliced his face. “A half-blood. An impossibility across two species. Maybe the scientists can use your body for research when I’m done with you.”

“I said I was ready to die, Crow. I never said I wasn’t going to kill you for it too.”

It was over more quickly than either of them expected.

And the neighbours complained again. 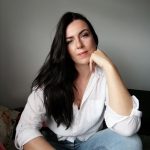