There once was a community of animals living in a beautiful garden filled with many different fruits, flowers, and other wondrous phenomenon of nature.

Many different animals lived peacefully in this garden, and each animal did good for other animals. Hamsters scurried in the way of cats to provide them with food, and cats removed the lice from dogs with their sharp claws. Elephants strolled around the garden, rising tall above the pristine, flowing waterfalls and using their trunks to absorb the water and spray it onto the other animals, cleaning them of all impurities.

There was a small brown hare, an adolescent, that was ready to accept its role. The hare set out on an adventure to learn from the masters of purpose and make new friends along the way. On its way to training, the hare found a unique fruit in a small part of the magic sector of the garden. The fruit was hard on the outside, but soft on the inside, a black shell with an emerald green pit. The fruit had the aura of a doe, graceful and protecting.

The hare loved the magical garden more than anything, and decided to take the fruit with it to the learning den to show to its friends. The brown hare met many friends at training: hare friends, bird friends, cat friends, and dog friends. The hare was immersed in a world of new experiences, basking in the light of knowledge and goodness that shone across the garden’s learning den. All the while, the fruit remained in the palm of the hare, emitting its aura.

After a long day of spiritual learning, it was time for the hare to head home. But before the hare left the learning den, it was approached by a gorgeous black stallion with a mane made of magic and fur made of kindness. The stallion and the hare had never met, but the stallion was drawn to the hare’s fruit. The stallion had loved the magical sector of the garden for as long as it knew. It spent so much time in that sector that it knew all of the magical fruits inside and out. The stallion knew the flavors, textures, and auras of all of the fruits.

The black fruit in the hare’s hand was one of the stallion’s favorites. The hare smiled at the stallion, excited that it found someone who shared the same, maybe even a more intense, love for the magical sector as it did. The stallion and the hare walked back to their nests that day, talking about the magical garden and all of its wonders, which seemed to be endless.

After the stallion and the hare split paths, the hare was as happy as ever. The hare knew that something special had just happened- that it had made a friend for life. The hare had never known the stallions so much until that day, and the hare even saw a part of itself in the stallion, a larger part than it thought. From that day forward, the hare and the stallion became best friends, spending their days laying in the magical garden and talking and talking about its wonders for eternity, because the wonders of the garden never ceased. And before the hare even realized, the fruit that it had brought with it that day to the learning den had gotten lost.

The same hard black fruit with soft green insides and the aura of a doe was never found again but the hare didn’t need the fruit anymore. The fruit had achieved its purpose- it bonded the hare and the stallion together forever. And the hare and stallion continued to share every moment together, talk even when they were worlds apart, and would always meet up in the magical garden to talk about its fruits. And to think- without that hard shelled fruit with soft green insides the hare and the stallion never would have met.

The magical garden connects souls in a way never thought possible- through destiny. 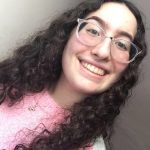 Mollie Grinberg loves all things yellow and bright. She loves to create art, and she especially loves to write!

Photo by Martin Kníže on Unsplash