When my partner was in rehab there was a sense of relief that I wasn’t responsible for his safety and well-being. However, I still had an important role to play with supporting him. He called me every single night and although I missed him, I should have taken that time to be on my own and focus on me.

I had spent a year walking on eggshells, worrying and very stuck in the alcoholic co-dependent dynamic. He was self harming, suicidal and suffering. Finally, we got him into rehab.

I was working everyday, had an hour drive to and from work and then would wait for him to call me. The calls alone caused me anxiety because I didn’t know how he would be doing and if he wasn’t doing okay, I couldn’t do anything about it.

I started to log each and every call conversation, so I could keep track of his progress. Every Sunday I was allowed to see him, but beforehand I would participate in a group therapy session with the other families that were visiting. We would each go around and talk about our experiences so far with our loved one in rehab and this time there was a mutual theme.

Looking at the faces around the circle they were exhausted, concerned, and confused. Each one of these people tried to save their loved one from addiction, they had been lied to, emotionally abused, cried themselves to sleep, given money to their loved one to buy alcohol, worried all night when they didn’t come home, made compromises with them that went against their values and missed out on many experiences because their partner would be tempted to drink. They had had enough and this was their last resort.

One woman said, “I just don’t know what to believe anymore. I have watched my husband lie through his teeth to get another drink. I have had my money stolen. He’s crashed my car. I have covered for him. I stopped drinking when he tried to do this on his own and nothing has changed. He always comes back to the same place. And now, talking to him, I feel like I am trying to be supportive with how good he is feeling, but I am so bitter and resentful. I have heard these words come from his mouth before, why was this so different?”

Another woman said, “I feel the same. My husband has been here for about two weeks and he says he feels like a changed man. He seems delusional… 2 weeks can not have rewired this disastrous person I have known for so long.”

As I sat there listening, I reflected on my phone call with my boyfriend the night before. I had experienced a very similar conversation. He was in a state of euphoria, as if he died, saw the light and was now on the path to enlightenment. He talked to me about how good he was feeling, how strong he felt, how in touch with himself he was, how in control he felt and how he knew this time it would be different. I sat there listening, not believing a single word that came out of his mouth.

The group counsellor began to explain what our alcoholic members were experiencing. It was called “The Pink Cloud”.

“When an addict experiences a new lifestyle of sobriety it can feel refreshing. Finally they feel understood, the shame they carry feels lighter as they connect with other humans, and get their very complicated feelings and traumatic experiences validated and consoled.

This reset can feel like a natural high during the early days of sobriety. This phase is what people from AA coined as “The Pink Cloud”. It is the phrase used to describe feelings of elation and euphoria in early sobriety. This period is short lived, but during this time, they may feel happy, confident, and successful.

Essentially, they feel like they’re floating in the clouds, hence the name. The pink cloud is said to be the result of the fog finally lifting after years of substance abuse. The person can finally see clearly and enjoy a life that is free of drug and alcohol abuse.”

As she finished, we all looked around at each other. It made sense but what were we to say to them now? How could we be supportive and encouraging to this expiring stage? It felt like we were talking about Santa Claus to kids at Christmas. It felt like we had to keep this a secret from them. That we knew they weren’t better, that they were just chasing another high and eventually they would fall from the pink clouds and hopefully land on their feet. 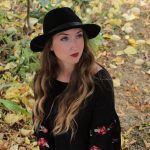