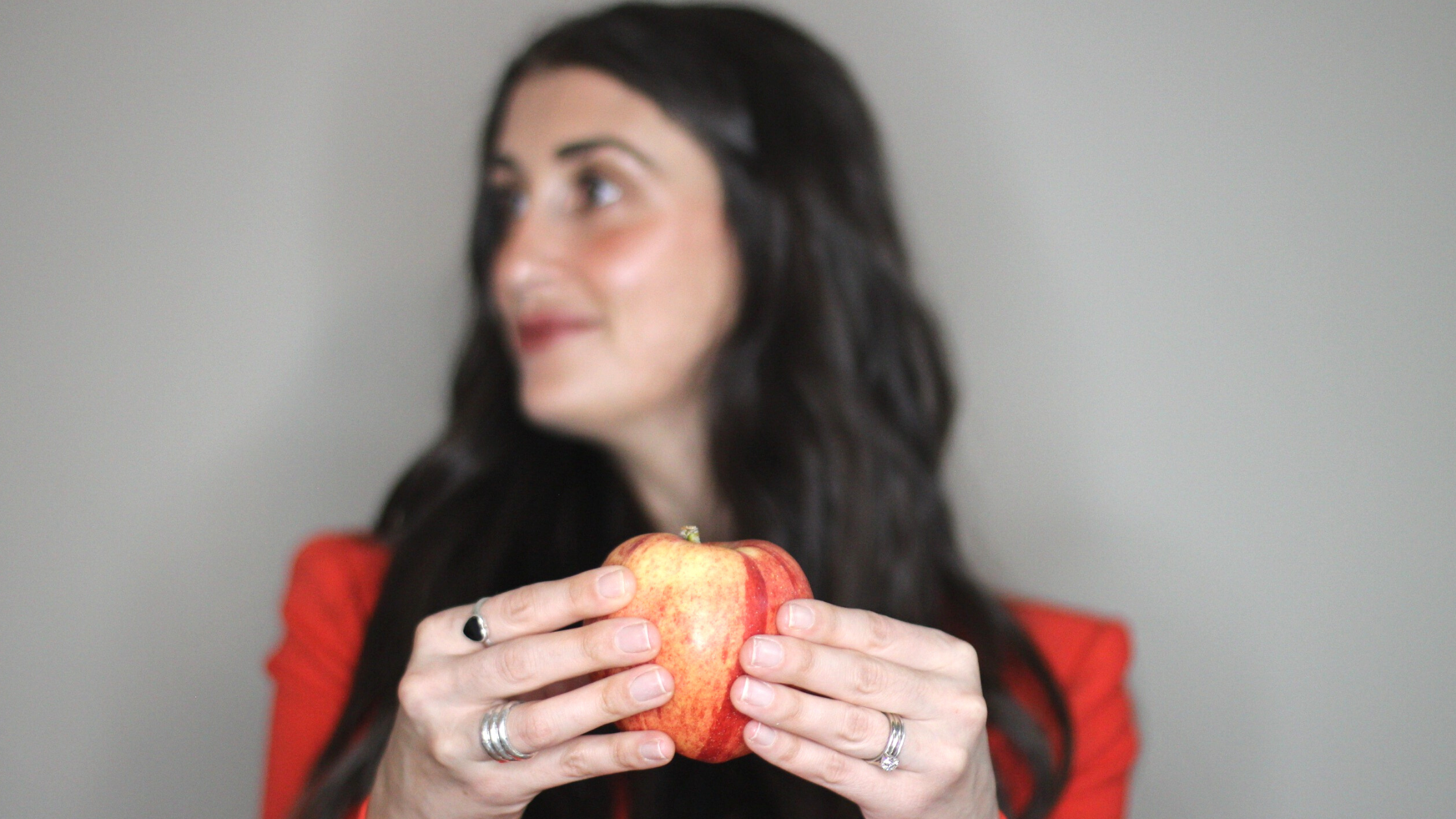 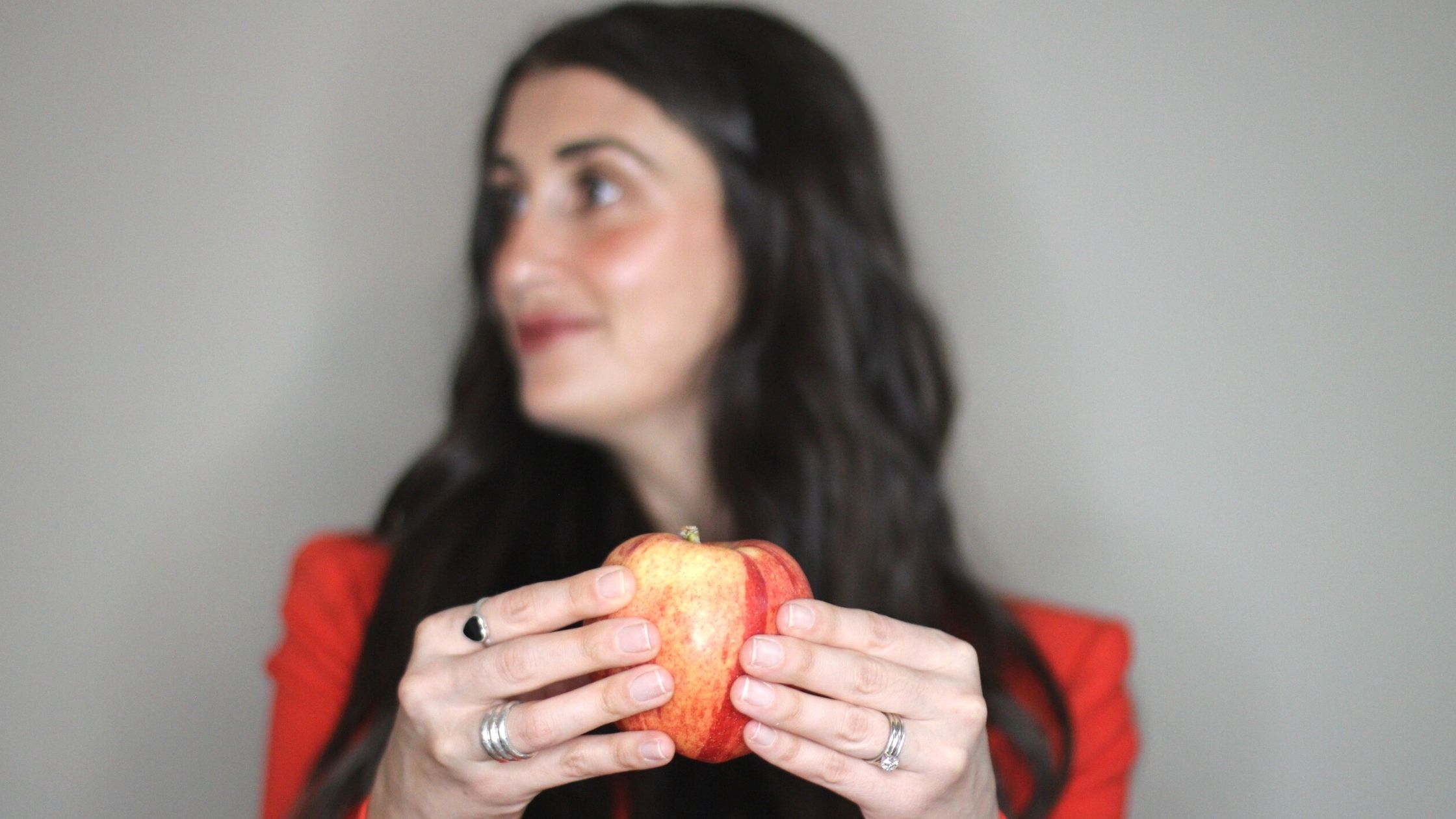 Have you ever been to a party that still, years later, you remember how fucking awesome it was? You can close your eyes, put yourself in that very space, hear the music, feel the breeze, smell the beer, appreciate the belly flip as you wondered if that would be the night your crush finally noticed you? My entire high school experience felt that way. My family and I lived in London—we moved there when I was just fourteen. Very quickly I went from being a kid living a fairly sheltered life in a small house on four acres of land to being a young adult able to hop a train into the city with friends, get into clubs and bars, and taste freedom I was far too young to have.

When I graduated from college, I found myself nostalgic and chasing that electric feeling. Just days after graduation, I hopped on a plane and flew to London. I rented a private room in a youth hostel for an entire month. When I walked into the tiny room, I tossed my bag on the springy bed, and opened my shutters to stare out over Paddington. The city welcomed me with warm summer air that hugged me softly and light that seemed to shimmer—a perfect, ethereal shade of gold. Moments later, I was on my way to Tesco to grab a baguette, some cheese, and a bottle of wine to drink alone as the sun set.

In the days that followed, I wandered the streets and reconnected with old friends. I fell in love with the moment I was living in, which was an odd mix of my past and present. I had zero responsibility, nowhere to be, nothing I was beholden to. My only job was to drink in life. The friends I was reconnecting with were people I’d grown up alongside; people who remembered the parties where we’d learned to lose our inhibitions; people who experienced this wild way of coming into your own that very few understand. Life for that month was a swirl of drunken nights, lazy, hungover days lolling in parks on big, billowy blankets, luscious dinners, and delicious sips of chilly wine paired with cigarettes, which seemed so badass and bohemian back then.

When I returned home to The States, I was brimming with inspiration. It was as if I’d been reminded that the world was this massive, beautiful place filled with adventures anxiously awaiting me. I told myself that I would forego the traditional route of hunting for a corporate job where I would tirelessly climb ladders, seeking promotion after promotion, until I burned myself out. Instead, I’d get a low-pressure job at a retail store, save money, and get my ass back on a plane. I wanted to see the world with nothing but a passport and a backpack full of blank journals, pens, and clove cigarettes. I’d discover far corners of the world. I’d experience the color, texture, and unique energy of every single space. I’d see it all; I’d capture something fluid and impossible to trap in the only way possible—with words. Mere days after returning from London, I felt myself going from daydreaming to strategic thinking and planning. I had fallen in love with the life I’d envisioned for myself.

But then, fear began to sneak in.

Once the initial high of travel wore off, I felt empty. I was therefore vulnerable and highly-sensitive to any thoughts and unsolicited advice offered by outsiders. Anytime I excitedly mentioned my plans to anyone, they looked at me like I was crazy, then told me all the reasons it was an awful idea.

You’ll never get a job after something like that.

I mean…it’s not for me, but good for you. (followed by a sympathetic smile)

Soon, I started to believe these idiotic “truths.” With that, came unrelenting panic and haunting self-doubt. I’d spent so much time filling every inch of my mind with the possibility of life as a nomad that I’d forgotten what it really meant to graduate from college. There was constant, crushing pressure to fall in line, get an amazing 9-5, and start making my way toward success in the traditional sense. I wish I could say I was strong enough to have held out, to have even attempted to save money and travel, but I didn’t. I had a friend who was moving to New York City and he had a connection at a well-respected fashion PR firm in Chelsea. So, despite knowing next to nothing about fashion, I let him set me up with an interview. I strutted into the impossibly cool office holding a highly-doctored resume, dressed in a high-waisted skirt suit that was two sizes too small. I reasoned that although I wouldn’t be traveling and writing, I’d be making connections that could lead to an editorial job at a magazine.

Was that my dream? No. But, at the time, it seemed close enough.

Somehow, I landed the job—one a million girls would have killed for. I would be the PR coordinator assisting with Marketing and PR efforts for brands including Swiss Army, Nautica, Perry Ellis, Phillip Lim, Heatherette, and more. I’d be helping to produce fashion shows, working backstage to dress and undress rushed models racing back to the runway, fulfilling requests from magazines, and running around the city to work on presentations, to visit with editors at Condé Nast and Hearst. Oh yeah—I’d also make New York City my playground.

At first the job was incredible. I found myself partying alongside (okay, adjacent to) Paris and Nikki Hilton, Bruce Willis, Andy Cohen, Kirsten Dunst, Mischa Barton, Liv Tyler, Fergie, all the early 2000s “it” folks. I was skipping lines at the hottest clubs in Manhattan, traipsing around The City like I owned it. The high I felt when I’d finish working at a fashion show and leave, walking behind a celebrity with the paparazzi’s cameras flashing was electric; I’d get a huge rush having a velvet rope lifted for me; I’d raise an eyebrow at those not seated at the VIP table with my colleagues and me.

But all that excitement—it was hollow. The partying, the glitz, the glamor, it all seemed so lustrous, but on the inside, it contained nothing for me. My work became secondary to the parties, the gorgeous men, the excitement. And I didn’t write a single word. Not one. Unless it was a product description, an email, or a press release (which I had to Google how to write).

I was losing myself in the swirl of “legitimate” adulthood.

At the very same time, I was beginning to suffer symptoms of bipolar disorder. I had no idea what was happening, but I was spinning out of control and trying to regain balance by drinking. That, compounded by years of repressed trauma finally surfacing caused me to self-destruct. It was to the point where I could barely function and I could hardly remember why I let myself go to New York City at all. It was in a cab on my way back to my apartment after I had taken a drunken fall down a four-story escalator in six-inch heels that I knew I had to get the hell out of there. I suddenly realized I had followed someone else’s dream into a place where I didn’t belong.

Admitting I was done with New York City felt like the most intense failure I could have imagined. I’ll never forget my dad rumbling up to my apartment in a U-Haul, giving me one hour to pack my stuff in. My legs were weak, my body constantly sick from the amount of alcohol I’d consumed. It felt like The City was spitting me out, chewed.

When I got home, I sat down on my bed, my ears ringing in the silence that was life outside of New York City. I took a deep breath and looked over at the pile of empty journals sitting on my desk. I hated seeing them, like a moment frozen in time. Each one was a stark reminder of yet another way I’d failed myself. I wanted to cry. I wanted to scream. I wanted to punch a hole in the wall.

I wanted to drink.

Instead, I promised myself right then and there that I wouldn’t give up on filling those journals with words that meant something—even if they only meant something to me. 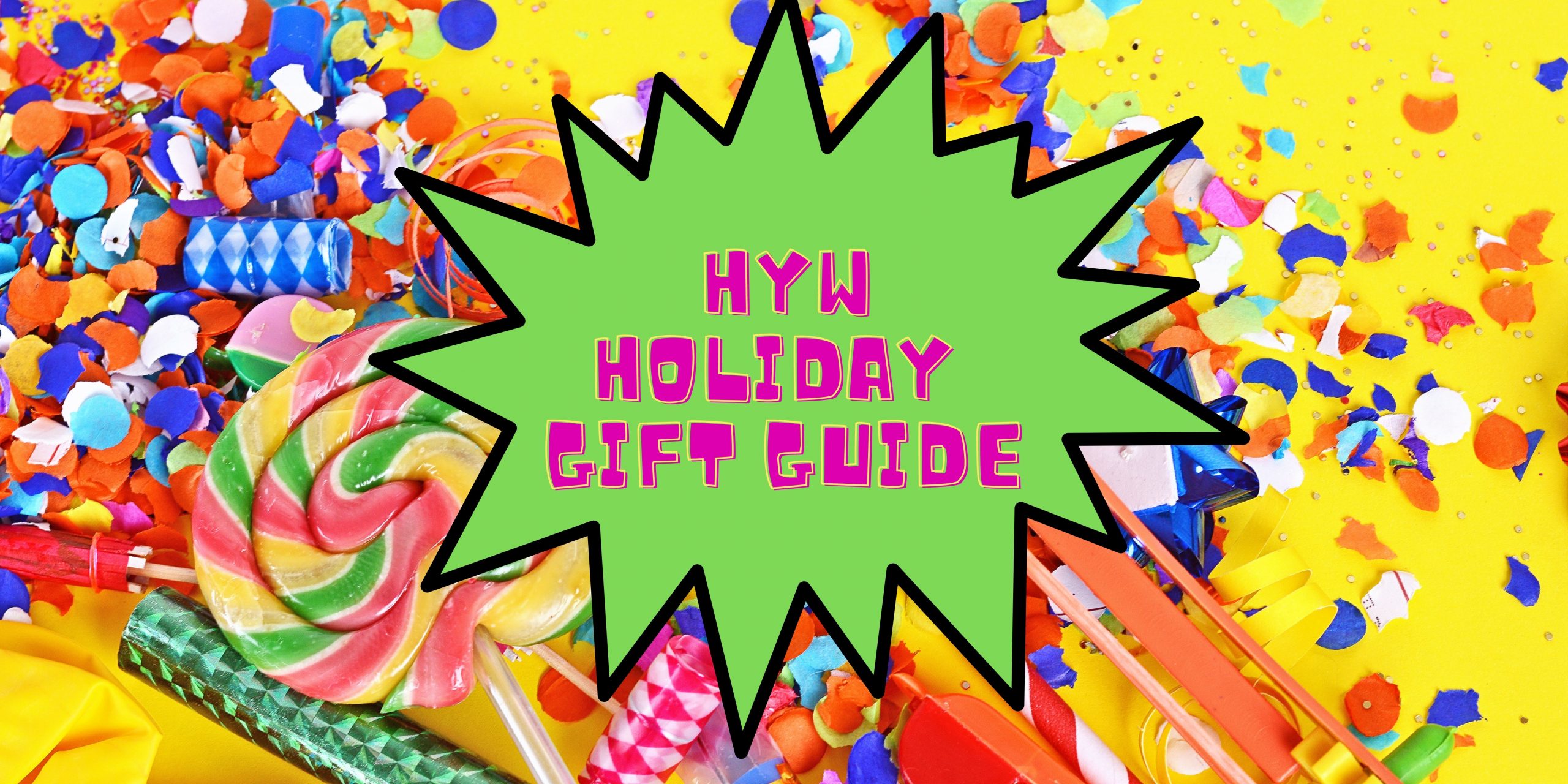 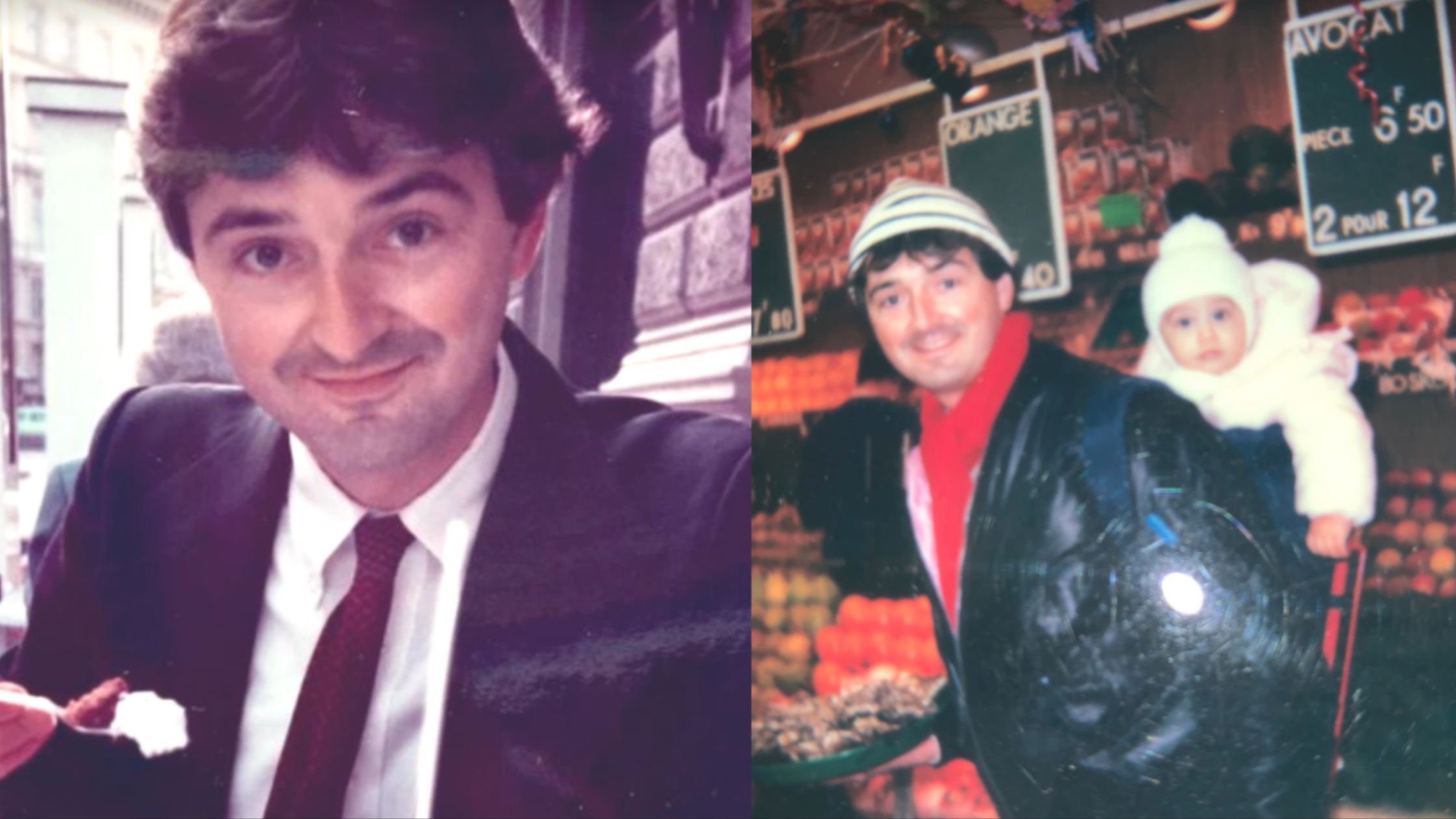 Off The Road Again
Rejection 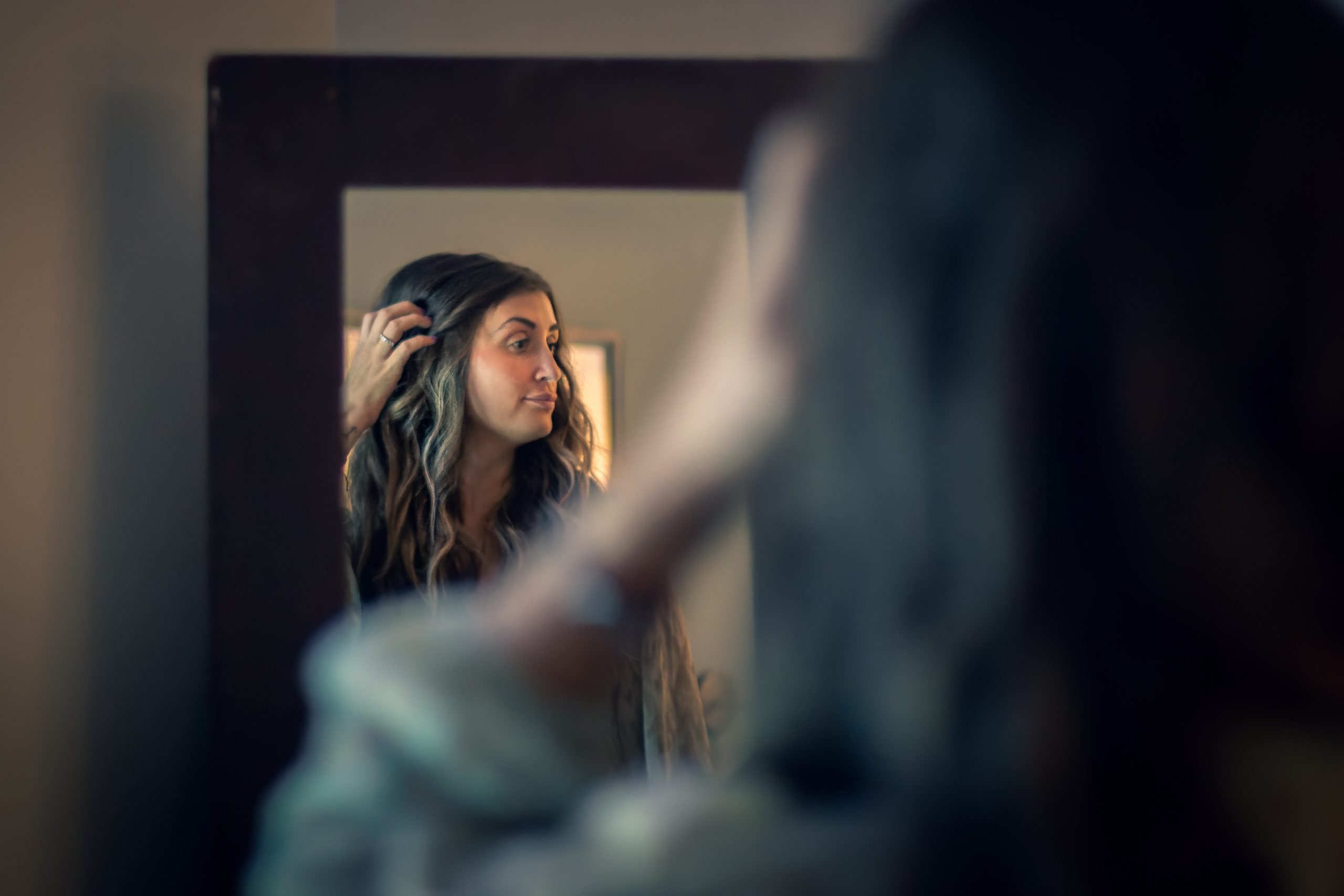